Of all the different tools and objects we use to play games, cards are probably the most widespread and common one.

The original playing cards which inspired the modern deck of cards date back to ninth-century China, but countless variations were invented over the centuries.

While the standard deck of cards is used to play games like poker or blackjack, various other types of cards such as tarot cards or those used in various board games also exist.

Even today, there are many variations of the basic playing cards. You may be surprised to see some very different cards as you visit different parts of the world.

Today, we are going to look into the standard deck of playing cards, dissect it, and find out how many cards are in a deck, what types there are, and all the interesting facts and stories you may not have known until now.

Where Did Playing Cards Come From?

The mystery surrounding playing cards has been present since way before the modern age. We don’t know exactly if playing cards in some form existed before the ninth century, but we do know the first printed cards were created in this era.

The ninth-century playing cards came from China, where the Tang dynasty ruled at the time.

In the “Collection of Miscellanea at Duyang” by Su E., we see the first mentions of printed playing cards and the “leaf game,” which is the first known card game.

Over the years, the cards evolved in many ways, with versions similar to the modern-day cards appearing in China and Arabia.

While most decks were split into four suits, the difference usually came in the number of cards in a deck, which varied from 32 to the modern-day 52. 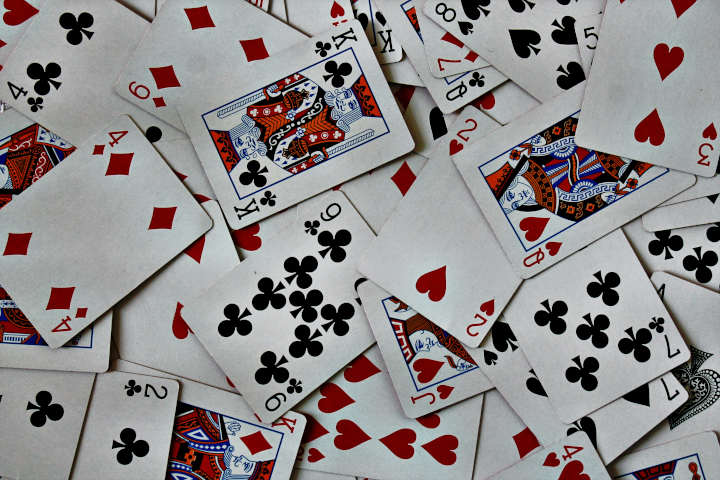 In the 1300s, playing cards suddenly appeared in Europe, and it is not entirely clear how they came to the continent. However, European rulers quickly looked to squash them and made them illegal.

The original suits were very different from the modern-day playing cards. Decks varied from one European country to the other, with the King card being the one thing they all shared as the card of the highest value.

The uniformity of suits on playing cards only came in the 17th and 18th centuries, as bans on cards ended and more printing presses were made available. Playing cards were now an everyday thing.

As more settlers moved to America, playing cards naturally made their way across the pond as well. Joker cards were introduced to play euchre with, and more card games were invented around them.

Today, playing cards are fairly uniform across the world. Still, you will notice plenty of differences, even if only aesthetic ones, as you visit different countries and unpack local playing card decks.

The article title asked how many cards are in a deck of cards, and the answer is 52. A standard deck of cards contains 52 cards split into 13 ranks and four suits.

The card ranks include aces, number cards from two to ten, and face cards which are jacks, queens, and kings. The four suits in a standard deck are clubs, diamonds, hearts, and spades.

The number cards in the deck are painted with pips, which are the symbols that represent the suit. Each number card has the number of pips corresponding to its numerical value.

The face cards are painted with characters of jack, the queen, and the king and are reversible. In the corners, these court cards also depict the particular suit they belong to.

When it comes to the card design, most playing card decks feature the popular English pattern, which is also known as the international pattern.

However, a number of other designs such as Belgian-Genovese pattern, Berlin Pattern, and Nordic Pattern are also available.

Aside from these common designs, other varieties of playing cards also exist. Good examples include seniors cards for people with limited eyesight. These types of cards are often used in games like Stud Poker.

In the more modern times, four-color decks have become very popular, making it easier to read the suits and nearly impossible to make some common mistakes in games like Texas Hold’em or Rummy.

A four-color deck will still be a standard deck of cards, but on top of having red hearts and black spades, it will also contain green clubs and yellow diamonds, making things a lot more clear for the players.

Special Cards in a Standard Deck of Cards

You now know how many cards are in a deck and what suits and types of cards exist, but what about particular cards and the trivia related to them? 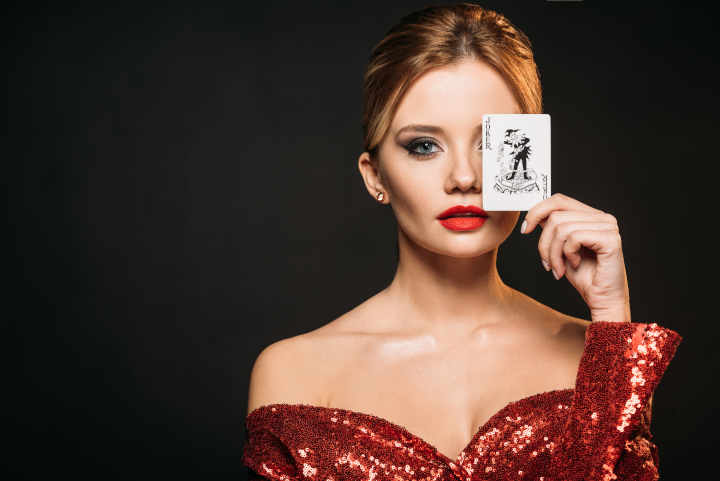 Over the years, playing cards have been at the center of many gambling stories and superstitions, and many of them have received unique nicknames based on various reasons.

Let’s take a look at the different cards in a deck and find out how they are called and why so you can show off your knowledge the next time you play cards with your friends.

There are even more card names that you could find used by some people, but I recommend you don’t expect players you play with to know them all.

Playing cards have been around for centuries, and there is a lot of trivia associated with them that a true cards player and aficionado should certainly be aware of.

Let’s take a look at a few of the most popular myths and stories related to playing cards that you might not know yet but certainly should.

Playing Cards Connection to the Calendar

We know that the number of cards in a deck is 52, but have you ever stopped to think about why that is?

The 52 cards in a deck come from the 52 weeks in a year, and there are even more interesting underlying facts.

The two colors in a classic deck of cards, red and black, are meant to symbolize day and night, the two parts of a day.

Furthermore, each quarter of the year is made up of 13 weeks, and there are 13 lunar cycles in total, which is why there are 13 different card ranks in a deck.

Did you notice that there are exactly 12 royalty cards in a deck of playing cards? These are there to represent the 12 months of the year.

While some people believe that these numbers are just a coincidence, the probability of that is very low. There is no clear trace of how the deck was created, but it almost certainly is based on the common calendar that we use today.

There is really no limit to what you can do with playing cards, from just collecting them to drawing them and playing different games with them.

Numerous world records in the Guinness World Records Book are related to playing cards, so let’s take a look at a few of them.

The world record for the largest collection of playing cards stands at an amazing 11,087 decks of cards and is held by Liu Fuchang from China.

Another Chinese man by the name of Zou Lujian holds an incredible record for memorizing an entire deck of playing cards in just 13.96 seconds in 2017.

The task was made more difficult by doing it underwater by several European men, who took a few minutes each to memorize a whole deck in just over 4 minutes. 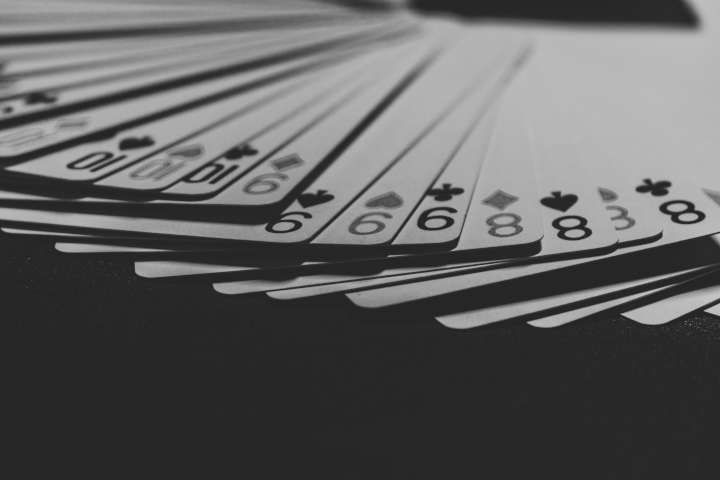 On the other hand, one deck is certainly not the most that can be memorized, as Dominic O’Brien managed to memorize 40 decks of cards with just one sighting of each card in 1993.

In 2007, Canadian Dave Farrow managed to memorize 59 consecutive decks of shuffled cards over 14 hours, one of the most amazing feats of human memory to date.

Some other crazy world records include the one for holding the most cards in one hand, held by Kaleb Morgan, who managed to fit 55 decks of cards into one hand, and some insane card throwing records held by the likes of Ricky Jay and Rick Smith Jr.

If you are simply fascinated by playing cards yourself, you might be able to set a world record in building, sorting, breaking, throwing, collecting, or doing a host of other things with cards.

Playing cards are one of the most popular props used by magicians around the world.

Now that you know how many cards are in a deck, the types of cards there are, their popular nicknames, and where they came from, it’s time to shuffle them up and start dealing.

There is nearly no end to the number of games you can play with a simple deck of 52 playing cards that looks so simple at first glance.

If you don’t know where to begin, learn the basic rules of popular card games like Rummy, poker, and gin. This is how many great poker players started their journeys.

One thing I can promise you is that the more you play with them, the more you will fall in love with cards and their charm. As time goes by, you will want to learn even more games and tricks with them!