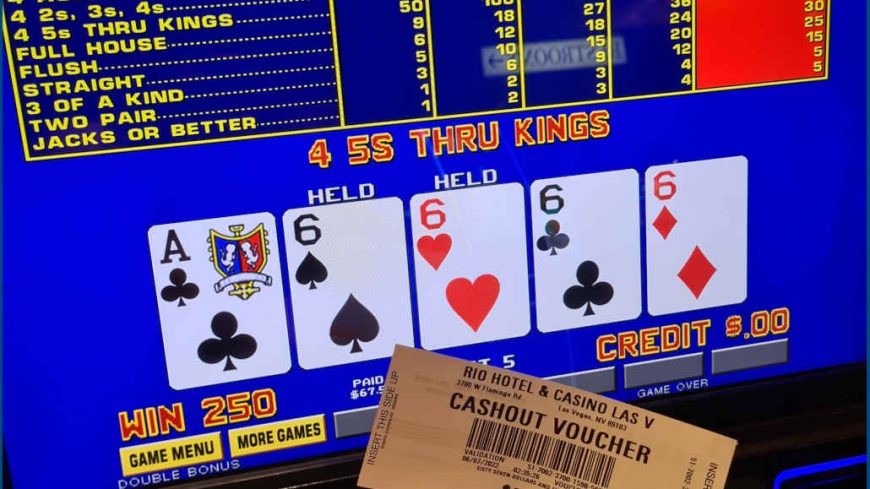 Understanding video poker odds and payouts is a crucial first step for every gambler who wants to lower the house edge and potentially make some money playing this popular casino game.

However, since there are so many different types of video poker, understanding how each of them works and then applying the correct strategy is not an easy task.

To help you get better insights into the world of video poker, in this article we have prepared odds and payouts of the most popular video poker variants.

There are many video poker variants out there, but the one thing they have in common is that they are all based on the 5 Card Draw.

This means that most video poker games have identical hand rankings to those seen in the 5 Card Draw and other popular poker variants like No-Limit Hold’em.

After the player picks which cards to hold and hits the deal button, the discarded cards are replaced with new random cards from the deck. The five cards that the player is holding at this point in the game make his final hand.

The machine then pays out the player based on the strength of his hand in accordance with the paytable displayed on the machine.

In this video poker game, the paytable starts with a pair of jacks and ends with a Royal Flush and all of the hands in between are identical to those in 5 Card Draw.

Because Jacks or Better is a simple game in which all of the cards come from a single deck, the only way that the casinos can increase their edge is by lowering the payouts.

The adjusting of paytables has resulted in Jacks or Better having multiple versions which pay different amounts for the same holdings even though the games are based on the same rules.

To maximize your returns, we recommend you to play the 9/6 Jacks or Better. If you apply the correct strategy while playing this version of Jacks or Better, you can expect a return of 99.54%.

This is what the 9/6 Jacks or Better paytable looks like. 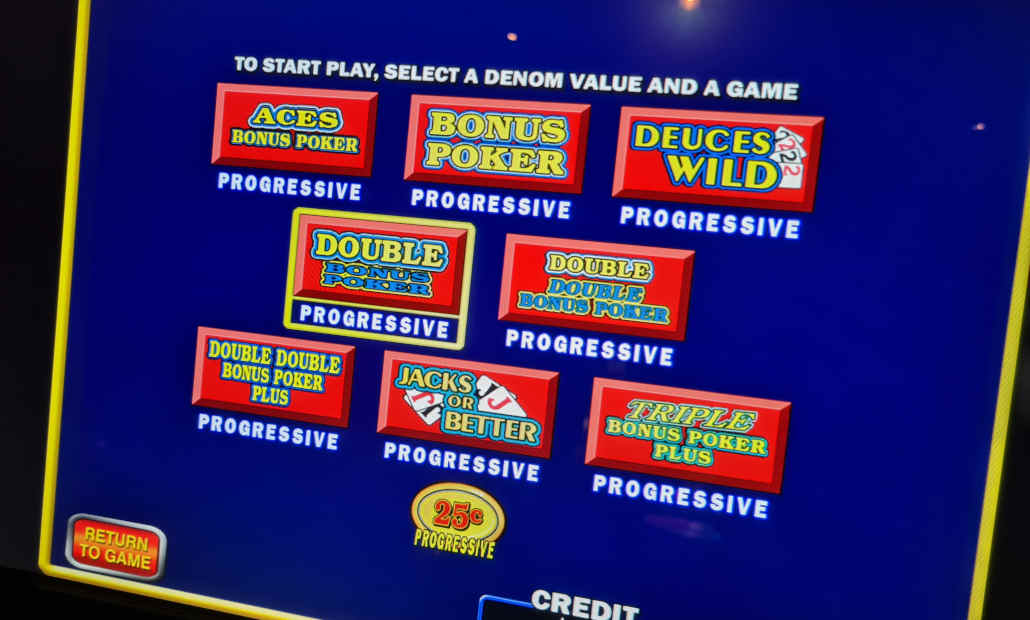 The 9/6 Jacks or Better version was named based on the payouts for these two hands. When you search for this version of the game, pay attention to the payouts in these two fields first.

To give you a better idea of the different returns in Jacks or Better games, we have compared them in the table below.

Now that you know what Jacks or Better game you should play and what to look for, it is time to learn the odds behind this video poker game.

There are nine different hand rankings for which you will get paid, and the returns for each of them are based on the odds of getting them.

The odds for being dealt a paying hand in Jacks or Better are the following.

Tens or Better has almost the same rules as Jacks or Better, but it is not as popular. And although the paytable is expanded to include a pair of tens it doesn’t make the game any more lucrative.

To ensure the highest returns in the long run, we recommend you play full-pay video poker.

For Tens or Better, the best paytable is the one that pays out 25 coins for Four of a Kind on a 1 coin stake. Over the long run, the full pay Tens or Better has a return of 99.14%.

Below is the full pay Tens or Better paytable also known as 25/6/5.

We have bolded the fields that the casinos often adjust. Double-check the payouts in these fields to ensure you are playing the best possible Tens or Better game.

You can look at the payout difference between the full pay Tens or Better and other lower-paying versions of the game below.

If you are playing Tens or Better, you have around 49% chance of hitting a paying hand. The odds for hitting each hand that pays are shown in the table below.

Along with Jacks or Better, Deuces Wild is one of the most available video poker games in both traditional and online casinos.

As the name suggests, in this variant of video poker, deuces play a much more significant role than in others.

In Deuces Wild, every deuce in the deck serves as a replacement card for the card that would make the player have the best possible hand.

Because of this feature, the Deuces Wild paytable and hand rankings are different from those of other video poker games. 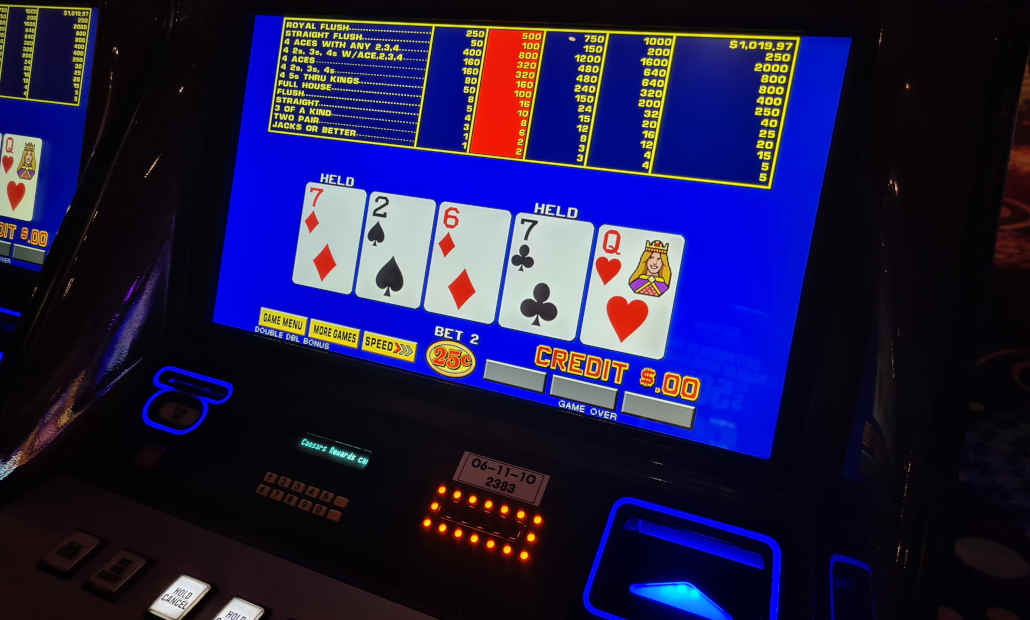 In the table below are the payouts found from the Full Pay Deuces Wild machine also known as 15/9/5 Deuces Wild.

Like in previous examples, we have highlighted the three fields that you must pay attention to when looking for the machine with the highest return.

If you can’t find the 15/9/5 Deuces Wild video poker machine or forever reason decide to play other versions of the game (which we advise you not to do) here are the returns that you can expect.

As you can see there are two versions of Deuces Wild that have a higher return than for example the 9/6 Jacks or Better.

Because of its unique gameplay, Deuces Wild features different hand rankings and different payouts. Additionally, the odds of hitting certain hands are also different, as shown in the table below.

Because the lowest paying hand is three of a kind, the odds of being dealt a paying hand in Deuces Wild are lower than in Jacks or Better.

Bonus Poker is one of the video poker variations based on Jacks or Better. The paytable starts with a pair of Jacks but has different payouts for certain Four of a Kind hands.

The Four of a Kind hands are separated into three different categories, each with different payouts. The categories consist of Aces, deuces to fours, and fives through Kings.

Bonus Poker has many different variations with different paytables, the one that you want to find and play is called 8/5 Bonus Poker.

Playing this version will increase your chances and potential returns since it pays out more than other similar versions for the same hand combinations.

The expected returns on the best-paying Bonus Poker video poker version are 99.17% if you apply the correct video poker strategy.

With this said, you can see below how the 8/5 Bonus Poker paytable looks.

As usual, we have highlighted the fields that you need to pay attention to.

We have also listed other Bonus Poker variants that can be found in traditional and online casinos as well as the returns you can expect for each of them.

The lowest payout (even with the correct strategy) for Bonus Poker is under 90% which is one more reason to double-check the paytable before you start risking your money.

Because Bonus Poker has different payouts for Four of a Kind depending on which category they are in, we have separated each of the categories and shown the odds for getting them below.

Like all bonus poker games, Super Double Bonus video poker has higher payouts for hands that contain Four of a Kind. 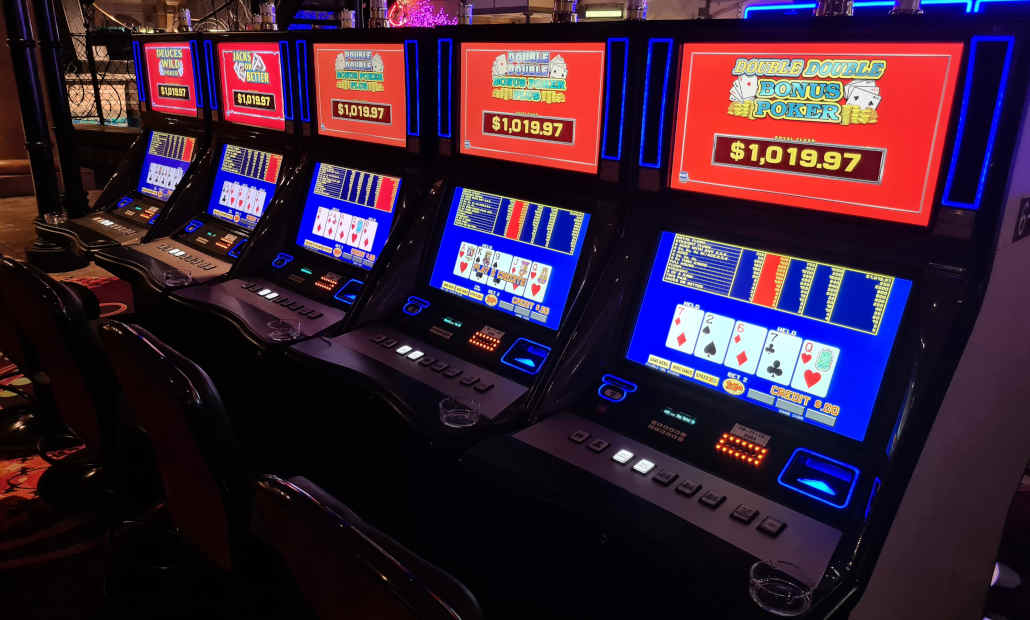 This way of ranking hands also impacts the lower ranked hands which have lower payouts than in, for example, Jacks or Better.

In the “Super” version of the Double Bonus video poker, there are four different categories for hands that contain four of a kind.

Based on the hand rankings and the payouts, the best available Super Double Bonus paytable is the 9/5 paytable.

If you apply the correct strategy, this full pay Super Double Bonus version returns up to 99.69%.

The 9/5 Super Bonus Paytable returns 45 coins for a full house and 25 coins for the flush for the 5 coin stake.

As you can see in the table above, none of the mentioned variants has as good returns as our recommended 9/5 Super Double Bonus Poker version.

The chances of being dealt a paying hand in Super Double Bonus are 45% and there are twelve different hand categories on which the payouts are based.

Aces and Faces is another video poker game that is based on Jacks or Better and that has special payouts for Four of a Kind hands.

As the name suggests, in this version of video poker, players are rewarded for collecting four Aces, four Kings, four Queens, or Four Jacks.

The Aces and Faces video poker version has separated four-of-a-kind hands into three different categories. The best paying category is Aces, followed by face cards. The third category are hands that contain four of a kind from deuces to tens. 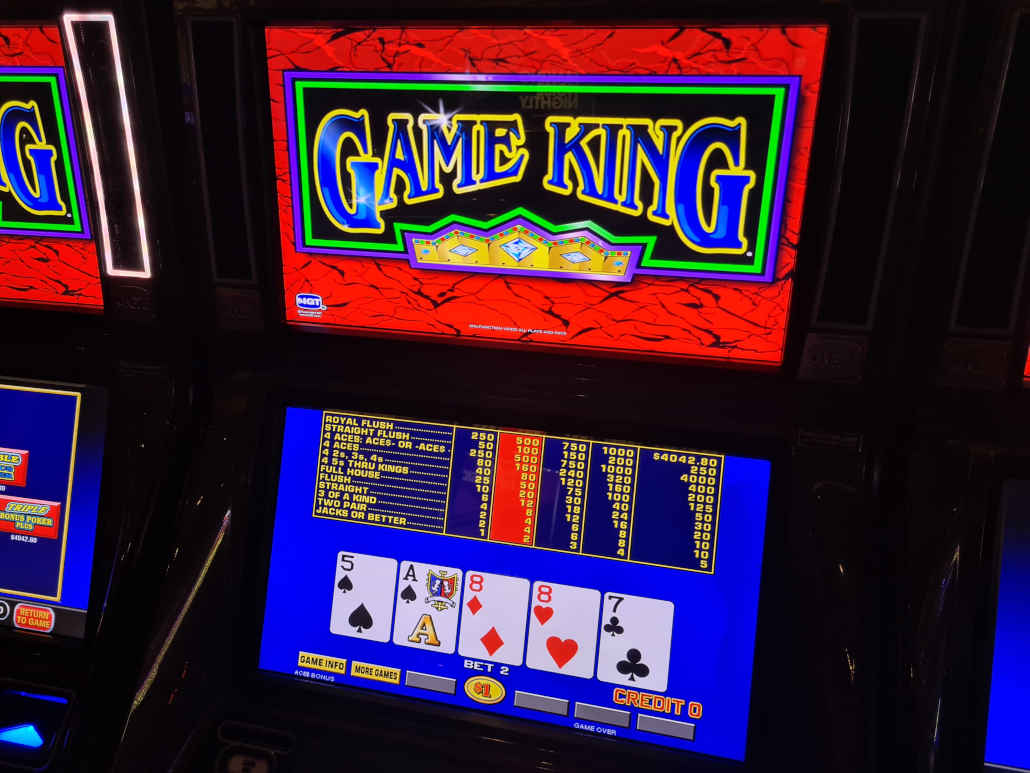 When it comes to Aces and Faces, the best paytable that you will find is the 8/5 paytable. Playing on this machine with the correct strategy can increase your returns up to 99.26%

As usual, the two lines that you need to pay attention to when searching for the full pay Aces and Faces paytable are the full house and flush. For this game you want the payouts to be as like in the example.

The chances of getting a paying hand in Aces and Faces are around 45%, this places it in the middle of the pack when it comes to volatility.

As the name indicates, this version of video poker includes a Joker. Joker Poker follows the same rules as Jacks or Better with the exception that the game is played with a 53-card deck.

The inclusion of the Joker card makes it much easier for the player to make a hand and this is why the player must have a better hand than in other versions of video poker to get paid.

At 100.64%, Joker Poker is one of the video poker versions with the highest return to the player. To achieve this, you need to play the full-pay Joker Poker version and apply the correct strategy.

Because Joker Poker is a video poker version with a positive return finding the full pay machine is even more important as it is the difference between being a profitable player or a losing player over the long run.

Although the chances of getting a paying hand in Joker Poker are similar to those of other poker variants, the paytable is much more favorable for players.