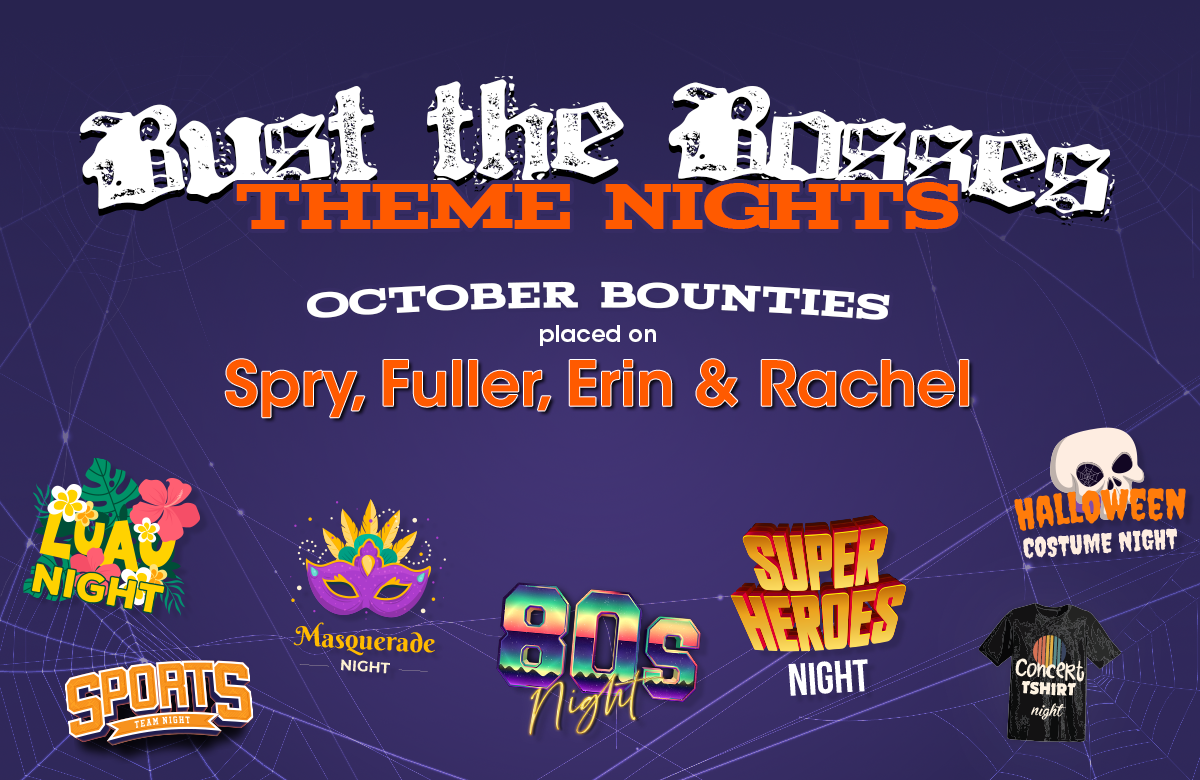 The October Promotion is “Bust the Bosses Theme Night…Win Bust the Boss card protector and a special prize, PLUS Bragging Rights!”

Bust the Bosses is such a successful and fun promotion that we have tried to make even better. This time we have added THEME NIGHT – be in the “theme” of things and win! Everyone who dresses for theme night and joins the Bosses will get an APC scratch off ticket for bonus chips!

APCer’s will now get the chance EVERY season to Bust the Bosses! Each season we will be at alternate Venues so that we visit each spot a minimum of twice per year! Come out and join the fun… see below where you can Bust the Bosses and win cool prizes!

CLAIM A BOUNTY TO WIN and BE IN THE THEME FOR THE NIGHT!

THE DATES AND SCHEDULE THEY WILL BE PLAYING:

Battle Between The Bosses