If you are a poker tournament player or you have been playing online games such as sit & goes, you may not have had too much chance to play in deep stack Texas Hold’em poker games.

Deep stack games differ from shallow stack ones in many aspects, and every hand played with a deep stack is incredibly more complex.

Among poker professionals, there is an understanding that playing deepstack poker is much more demanding than other forms of poker. This is why many of the elite players actually do their best to play in deep stack games.

In this guide, I am going to discuss how deep stack poker differs from shallow stack poker, how you should adjust your deep stack strategy, and what kinds of games you are likely to encounter deep stack play in.

What is Deep Stack Poker?

This kind of play is often encountered in the early stages of poker tournaments or throughout live cash games, where stacks tend to get exceptionally deep.

Deep stacks are also common in heads-up poker matches, where some players like to challenge their opponents to start with 250 big blinds in their stacks. 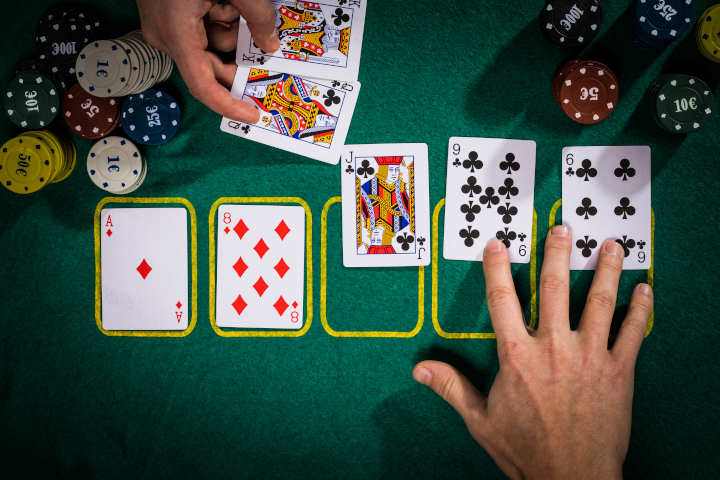 The reason to play deepstack poker is that playing with more big blinds gives you more options to make creative and uncommon plays and really put the other person to a decision.

Unlike the more common poker play with 50 – 100 big blinds, deep stack poker is a game that’s not yet completely solved. Thus, you will encounter situations that are not seen at the tables every day.

How Is Deep Stack Poker Different?

Deep stack poker differs from shallow stack poker in many ways. The bigger effective stack will allow for more decision-making or a deeper decision tree if you want to talk in terms of GTO and solvers.

To put this in layman’s terms, if you are sitting on a 50 big blind stack, you will often be all-in before the flop or on the flop with a solid hand. A 300 big blind stack won’t allow for this.

Playing with a very deep stack means that strong hands like sets will become more vulnerable in many situations while drawing hands will gain even more value.

This is not to say that your sets won’t still win many big pots. However, you will find yourself in more situations where you have to make difficult decisions on turns and rivers.

Especially if you are playing against competent opponents, you will face huge river bluffs and value bets and will need to be able to respond to them properly without bleeding chips.

To be able to do that, you will need to significantly adjust your poker strategy, starting from the way you play pre-flop to your bet sizing and playing on every street thereafter.

Your deep stack poker strategy is built around how you decide to play before the flop. This part of the game is significantly different when the stacks are deep, as there is so much play left after the flop.

In a short stack situation, you will usually want to play good poker hands before the flop, try to re-raise and get your opponents to commit all their chips with weaker hands, and mix in occasional bluffs for balance.

Your deep stack poker strategy should not be so linear. You should definitely play quite a few hands before the flop, especially when you have the position.

Hands like suited connectors, suited aces, and Broadway cards can be extremely potent when you are sitting in the cutoff or the button position, and they should be played in most scenarios. 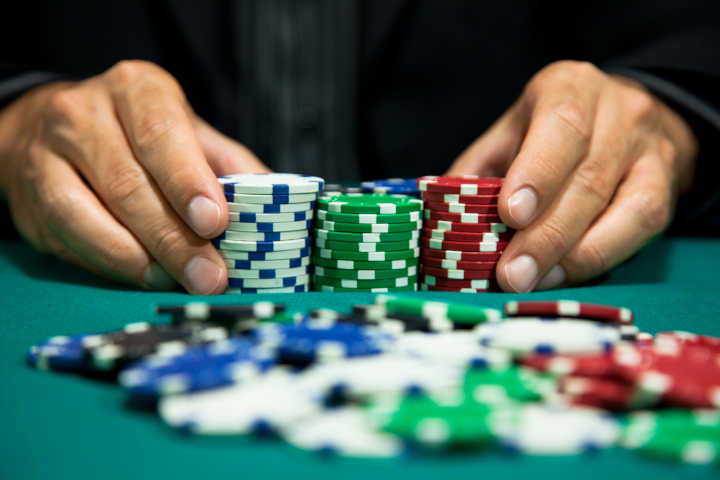 To make yourself less predictable, you should incorporate significantly more 3-bets and 4-bets into your play while sticking to the premise of being in position after the flop.

In deep stack poker, you should hardly ever fold to a 3-bet if you are holding a suited hand worth opening. The potential for making a straight or a flush and winning a huge pot is simply too large.

On the opposite side of that, you should be more careful with hands like AK, QQ, JJ, and TT, which will no longer be the best every time you get it all in before the flop for over 200 big blinds.

While the strategy of waiting for big hands and playing aggressively with them may work in short stack poker, your deep stack poker strategy will have to be a lot more versatile and more dependent on your implied odds.

Playing GTO poker or using pre-flop charts to decide what play is best in a certain situation may easily be the best approach to short-stack poker as your decisions are so limited.

On the other hand, deep stack poker allows you to exploit your opponents’ tendencies in ways that you may have thought impossible.

Getting reads on your opponents early in a game should be a critical part of your deep stack poker strategy, and you should always try to be aware of who you are playing against.

A good example of deep stack poker is live cash games. These tend to play very deep and are often loaded with bad players whose game is highly unbalanced.

In this scenario, you will have an opportunity to make plays that directly exploit the particular tendencies of certain opponents and absolutely print money against them.

Great examples of this include wild players who are willing to put their entire stack in before the flop with trashy pocket pairs, crazy bluffers who will fire three streets on every board, and poker nits who will fold at some point anytime they don’t have the nuts.

All of these are extreme examples of players, but such examples do actually exist in live cash games, and they can be used to extract extreme profit at the tables.

Short stack poker often comes down to very simple decisions that don’t leave too much room for interpretation.

For instance, if you are holding AK and have under 30 big blinds, there will be very few situations in which you won’t be looking to get all your chips into the pot. This decision becomes even more trivial if you see a flop and an Ace or King appear on it. 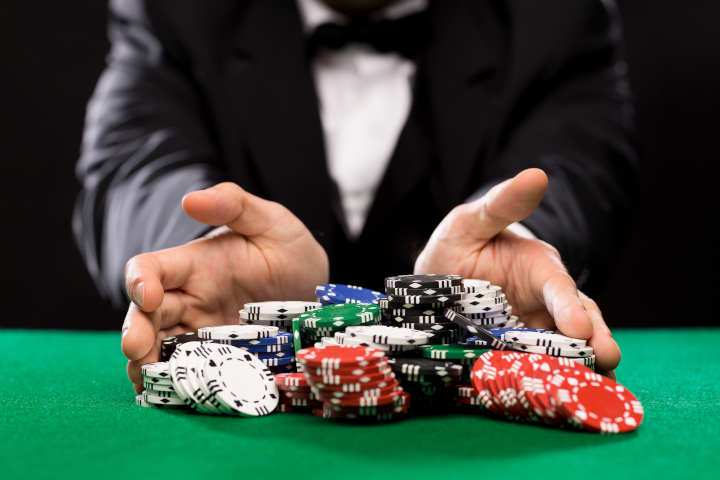 On the other hand, playing with 200+ bb, you will encounter many different situations where your decision will not be so clear-cut.

The matter of poker position will play a major role in all your deep stack poker hands. You should do your best to be in position in as many hands as possible when you are deep.

Furthermore, your bet sizing should no longer be aiming to achieve only immediate goals, but you should be sizing your bets with future streets in mind.

Pot control will generally be a very common theme in your deep stack poker strategy. You will rarely have a hand so strong that stacking off for all your money will be a good play on every runout.

Generally speaking, you will need to incorporate a wide range of bet sizes and some tricky checks into your strategy to keep your opponents guessing at all times.

If you are playing at a table with several competent players, you will also need to balance out your range and think about both exploiting the weaker players and not getting exploited yourself by the other pros.

Poker tournaments usually come down to a lot of medium to short stack play, but some of them will start out with quite deep stacks. Some live events actually allow for deep stack play for quite a long time.

The deep stack tournament strategy is quite a bit different from the short stack strategy, and you should look to play a lot more like you would in a deep stack cash game.

Daniel Negreanu’s patented “small ball” style of poker works very well in deep stack tournaments, as it allows you to stay in control and rarely lose your whole stack to coolers.

While this approach also limits how much you win at times, it does allow you to win many big pots with unexpected hands and be very active throughout this phase of the tournament.

Small ball poker also relies a lot on reads, as you can often use your wide range of hands to bluff out your opponents or make hero calls with marginal hands in a variety of situations. 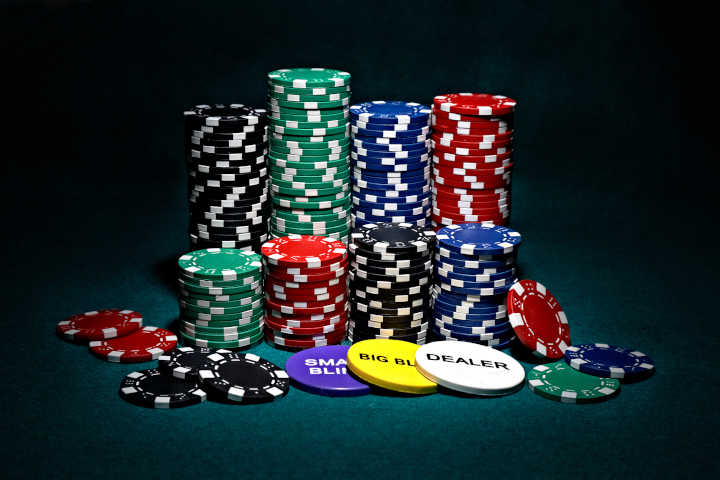 Like the cash game one, the deep stack tournament strategy is heavily dependent on reads and exploiting your opponents. It will reward you greatly for being able to make the right play against the right player.

Technically speaking, it is possible to create a deep stack tournament strategy that is highly mathematical and close to GTO.

However, it would take an incredible amount of effort and would leave a lot of money on the table in the early stage of the tournament when many weak players are still around.

If you are going to play deep stack tournaments, I recommend being very observant of your surroundings and designing your strategy around exploiting the weakest links at your table.

One of the most difficult things to do in a poker tournament is to always be aware of your own stack size and the stack sizes of the other players at the table.

You will have to significantly adjust your game based on the changing blinds and stack sizes, and you will often have to go from playing a deep stack poker tournament strategy to a short stack one within a matter of a few levels of play.

The ever-changing stack depth and the need to adjust to it will be one of the biggest challenges you will face as a tournament poker player.

This makes deep stack cash games a bit easier to adapt to, as you will be playing deep stack poker the entire time.

In fact, if you want to really master the game of poker, I recommend playing deep stack cash games as much as possible. This is the format of play that really brings the best out of every poker player.

Deep stack poker is the most complex and purest form of poker you could play, with every action you take being significantly more important than it would be in short stack play.

Mastering the deep stack poker strategy will allow you to reap the rewards that you could never have access to if you play in short stack games, but it is also the most difficult thing in poker.

If you want to really master poker and make the big bucks playing the game, being great at deep stack poker will open all the doors for you and allow you to win in the best games in the world, at the highest of poker stakes.

As live cash games offer the best hourly win rate by far, learning to play the best deep stack poker strategy you can and using it in the games is your fastest and best path to glory!