Going by sheer worldwide popularity, casino poker likely takes the top spot. It deservedly enjoys being featured in countless tournaments, variations, and events that revolve around it.

But, despite being one of the fan favorites in the gambling world, poker has an unclear history that’s very difficult to pin down.

The theories of this game’s origins will differ depending on who you ask and which element of the game you’re interested in hearing about.

That said, even though poker’s history is complex and pretty vague, there are some reference points you can go by when talking about this game.

One thing is certain, though, and that’s that many casino poker variations have found their way to modern-day online Australian casinos, becoming hugely popular with the players.

With that in mind, let’s go over the key events and dates that shaped poker into what it is today.

The dispute about poker’s history starts from its origin. Until recently, the commonly accepted theory was that the game originated from the famous Persian game As-Nas.

This game used only twenty cards with five ranks. It was a four-player game, with each player receiving five cards.

This meant that the entire deck was dealt in the first round. The players could bet, but since no more cards were in play, it was mostly a game of bluffing.

Over the past few decades, historians have largely changed their opinion and no longer consider As-Nas the ancestor and inspiration for the modern game of poker.

Several other games that were played during the Middle Ages claim to be poker’s predecessor. This includes games like Poque (France), Brag (Great Britain), and Poca (Ireland).

Although not all historians agree on the origins of poker, they are on the same page regarding the game’s introduction and popularization in the United States.

The first records of the game being played in the US date back to the 1700s, when poker was introduced in local gambling dens and gambling riverboats on the Mississippi River. 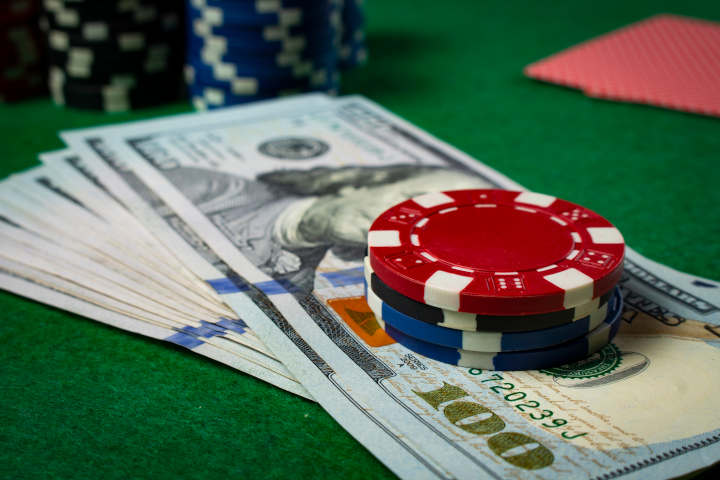 During these years, many saloons and riverboat operators ran games with only 20 cards. This often includes simple gameplay with no draws.

Players would just bet and raise for several rounds before unveiling their cards in a showdown. This gameplay was very close to the Persian As-Nas version.

Although modern poker variations were still quite a way off from coming about, the 1860s saw the first variations that closely resemble the game as we know it today.

By this period, many people in the country embraced the game, so much so that it became a significant part of the US culture at the time.

During the US Civil War in the mid-1860s, soldiers on both sides frequently played the game while resting in camp between battles.

After the Civil War, the US experienced a tremendous economic boom. The country rapidly expanded west following the gold rush that swept the entire nation.

As explorers, cowboys, and entrepreneurs ventured westward, the game followed. This marked the now-famous time of the Wild West, known for its saloons, gunslingers, and poker players.

Of course, poker in these joints was far from legal and regulated, nowhere near what you can expect in today’s casinos.

Playing cards were often marked, and players frequently colluded to swindle unsuspecting opponents. Poker games regularly ended in saloon shoutouts. This was the state of poker in the US for almost half a century.

Like the origin of poker itself, the creation of the Texas Hold’em variation can’t be precisely traced back to any date or any specific person.

Although there’s not much information on when this game was invented, the earliest records of Texas Hold’em can be tracked to the beginning of the 20th century.

The game was relatively underground until the late 1960s. This period saw Texas Hold’em legends like Doyle Brunson and Amarillo Slim take over the poker game, bringing the now popular variation to Vegas.

For the first few years, the game was only available in the famous Golden Nugget.

Due to the Golden Nugget’s reputation of being primarily for working-class gamblers, many professional players avoided going to the venue.

This hindered the progress of Texas Hold’em. But, it all changed in 1970 when Texas Hold’em was one of a handful of poker variations played in the first WSOP event.

Texas Hold’em quickly changed the way how the game is played. Not only this, but it made a lasting imprint in shaping the entire game into what we recognize today.

Apart from Texas Hold’em, Omaha Hold’em is another casino poker variation that has been experiencing significant traction over the past few decades. 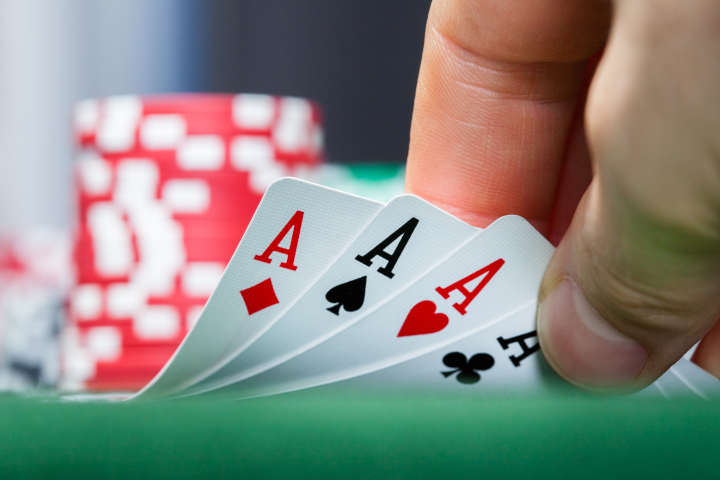 It’s one of the youngest variations among the big poker versions discovered in Vegas casinos in the early 1980s.

It swiftly spread in many casinos worldwide and is one of the most popular variations in the current poker landscape.

What makes Omaha Hold’em one of the most exciting casino poker variations is the very high variance of the winning card combinations.

In other words, it’s easier to get strong poker hands because you have more cards to make combinations with.

This game is also one of the most action-packed variations, making it a prevalent feature in many poker tournaments.

Many poker players claim that the poker industry was reborn in the 1990s, as the first online poker rooms were introduced.

Players from all around the globe could conveniently access their favorite poker variations without having to travel to remote casinos.

This revolutionizing invention brought the game closer to everyday poker fans and players who didn’t have much experience but still wanted to enjoy the game.

In the new century, players were treated with an even more immersive version – live online poker.

This provided them with the opportunity to play in a natural casino setting, with real dealers, but still from the comfort of their homes.